Posted by Colin on November 2, 2013
Posted in: Ale. Leave a comment

What better to go with Halloween than some seasonal beers.  First up, Pumpking – Evil Pumpkin Beer 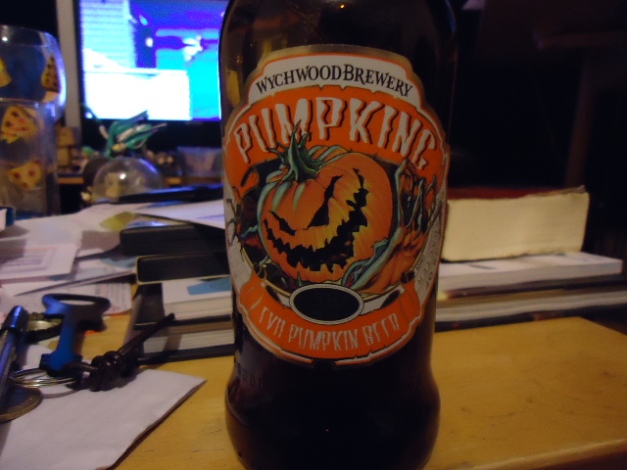 It had promise, there were lots of flavours listed on the back of the bottle.  Sadly none of them came across during my time with the beer.  It just tasted of a normal ale.

Next up, Adnams Ghost Ship 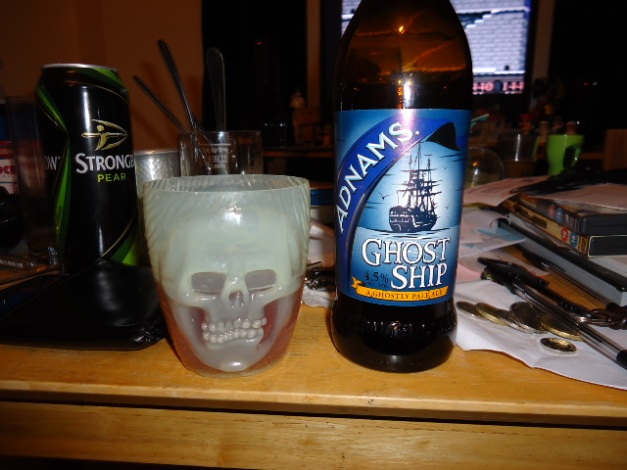 I hadn’t found an Adnam’s ale I was particularly keen on in recent memory, but a rather good offer made me pick up this beer and the next.  It certainly has more of a flavour than the recently mentioned Pumpking.  One thing that I did like about it straight off was the citrus smell, one of my faves being Brew Dogs Punk IPA which also has a citrus element.  This one really grew on me as I went through it.  Though i’m not sure how much was to do with the game I was playing at the same time. 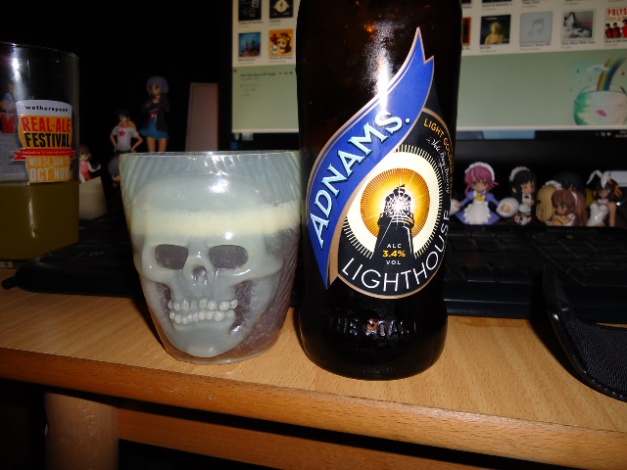 And finally, Adnams Lighthouse.  Now compared to Pumpking and Ghost Ship this one doesnt sound spooky.  But somehow I really associate lighthouses with a descriptive line I heard for the Bioshock series, “There’s always a man.  There’s always a lighthouse”.  I then start thinking of the opening area of Rapture which is far scarier than anything in the whole of Coloumbia and suddenly i can associate a beer called Lighthouse into a catagory for Hallowen beers.  Sadly this one doesnt have as much to the flavour as the Ghost Ship.  There is a subtle flavour to it but I cant quite place it.

So the winner of Colin’s Halloween beers is Poltergist Porter.  It was in the Wetherspoons recent ale festival.  I didnt get a photo but I did manage to have several pints of it.  A lovely rich taste with chocolate flavours.  But them again, I do like a Porter.