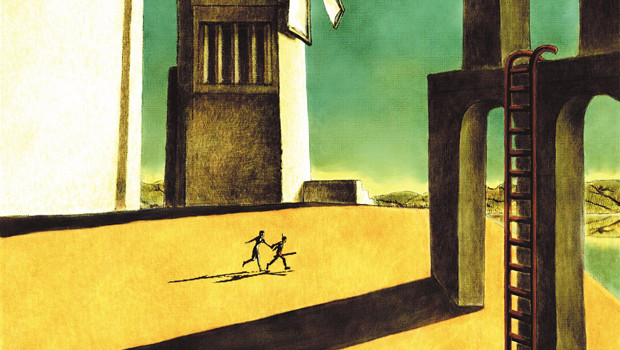 After finishing Shadow Of The Colossus it seemed natural to roll straight into Ico.  Just like Shadow, I haven’t played this since my original playthrough on the PS2 version.  I just looked at my old memory card and the date of my last save was the 2nd of April 2002. 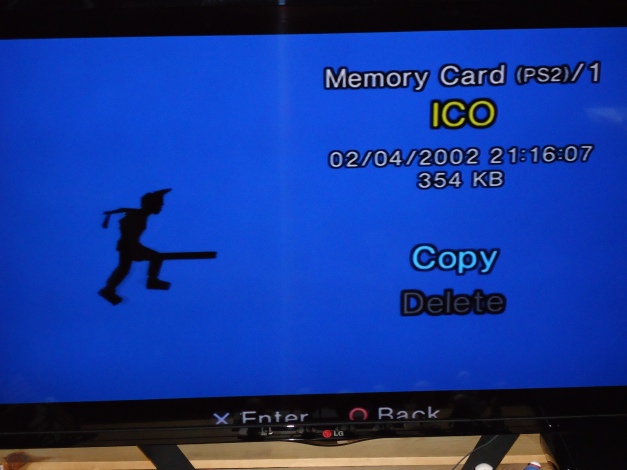 Oddly, in the thirteen years between playthroughs, I still remember the solutions to the puzzles that really stumped me back in 2002.  I was playing during an Easter holiday from uni and my Dad was watching some of it and wanted to see more so he looked up a walkthrough and was giving me hints!  This time around I didn’t have to ring him for help.

Ico is an adventure puzzle game.  The player character, Ico, is a boy being locked up in a remote castle because he has horns.  Luckily you are able to break free from incarsaration and quickly you meet a girl called Yorda.  Yorda is almost ghostly in her appearence.  Together you try to escape the castle you have both been confined to.  During your excape you will be pitted against shadow creatures who are tasked to retrieve Yorda.  This is the weakest part of the game as the weapon you get early on is a plank of wood and it feels like the shadows can take a lot of hits before being defeated.  These shadows also turn up if Ico gets too great a distance from Yorda, which can be a bit of a pain in some of the larger areas.

It’s not a particularly long game unless you get really lost or have problems with a specific puzzle.  My most recent playthough came in at just under 5 hours.  There are even two speed run throphies in the PS3 version (beat the game in 4 hours and another at 2 hours).  This isn’t a complaint, in fact I quite liked that it wasn’t very long as I can move onto another game (and the games to finish are stacking up).

For an older game it still holds up well.  I found the controls a little fiddly in places.  Ico like to walk off ledges if you are a bit too close to an edge.  This is sometimes more frustrating as when the camera moves its easier to move in the wrong direction.  Unsurprisingly, it has the same art style as Shadow and still looks really nice.  There are a several shots designed so you can see later parts of the castle, which makes it feel like one large area than just a series of rooms and corridors.

Well thats me finished with all the Team Ico games, as The Last Guardian sadly looks like it will never see the light of day.  I can still dream though.