Everyone’s Gone To The Rapture

First up, this game is not for everyone.  Actually, it isn’t much of a game at all.  Interative narrative?  That fits better but when all you are doing is starting a long series of audio logs there isnt much interaction.  This nicely brings me to the start of the mess of thoughts in my head regarding Everyone’s Gone To The Rapture. 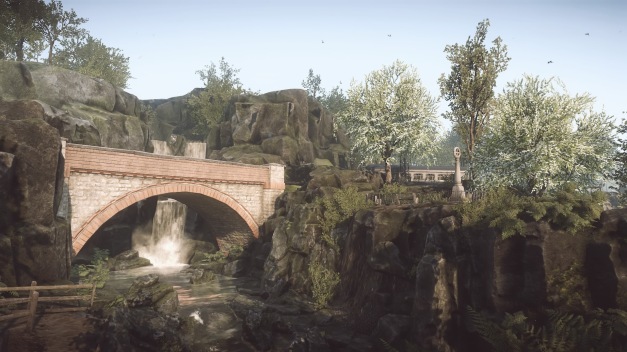 Everyone’s Gone To The Rapture is the newest game from The Chinese Room.  Previously they have done Dear Esther and Amnesia: A Machine For Pigs.  This is taking the Dear Esther template and putting it on far larger scale.  For those that haven’t played Dear Esther, its about a person walking around finding out more narrative as they move around a rather pretty area of the English coastline area.  I picked it up accidentally on a Steam sale (thinking it was To The Moon) but was more than happy with my purchase as it was not like anything I had really come across before.  Even if I didn’t fully understand the ending, which, even after checking the Steam forums didn’t help.

Everyone Has Gone To The Rapture starts you off outside an observatory in a small village in Shropshire (now there’s some points for originality).  As you start wondering around you eventually trigger a vision.  These involve these floaty orange circles representing people while they are talking.  So what is this game?  As I said before, its not much of a typical game.  It involves you the player walking from area to area to trigger different parts of narrative.  Thats it.  A lot of walking around the countryside triggering floating orange stuff to clue you in on more plot.  The plot comes in two flavours.  The radios give you information about the scientist in the observatory dealing with whatever has caused the outfall you are currently wondering around.  The rest of the plot is from the orange circle approximations of people.  While these seem odd at first, the more you dig in, the more there is to learn about the people of the village.  I had two issues with this but that just might be me.  The first is that I am rubbish with names.  So when people are just talking a lot about other people, I find it kind of confusing.  The swirling orange discs of people dont help an either!  My other issue is that most of this information just isnt interesting.  It’s a lot kitchen sink drama.  If I wanted this then I would watch a soap opera.  It’s not badly done as some parts do resonate well but these only tended to be parts that leaded back to the sci-fi storyline.  It is also pretty amusing to hear a lot of West Country accents.  I hate to think how it all got localised to different countires.

The graphics and sound are fantastic.  While not quite photorealistic the graphics look amazing.  The only time they are let down is when the game forces a time of day change.  While it is in flux there are some general performace issues, most notibaly the shadows.  There was also some hitching during some of the more elborate scenes with the orange ghost data.  These might be fine on the pc, i just ran into these on the PS4.

Trying to overview the narrative on this is quite difficult as due to the nature of the game, you can look for as much or as little of the narrative as you want.  There is an orange whisp object that will guide you to major points but if your like me you can add hours on to your playtime trying to get all the narrative (which I still didn’t manage).

Personally I find the games length to be a detriment.  Where as Dear Esther and Gone Home dont outstay their welcome, I found myself looking at several of the map points in game and thinking “I hope there isn’t much to check out”. 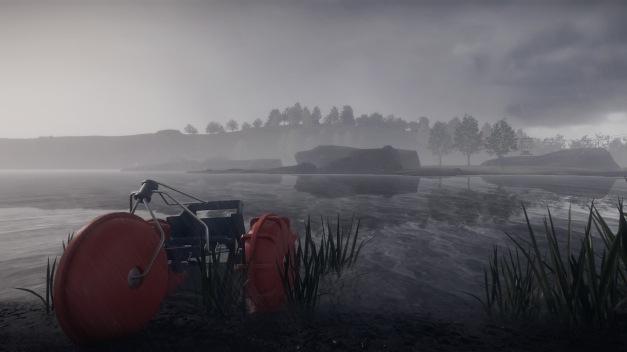 I do find the scope of this project amazing.  From modelling homes to pubs to caravans, they have done a spectacular job.  I also feel they could have told the same story in a far smaller area.  I was constantly walking around trying not to miss anything, and I still did.  Plus you do walk hella slow.

I like that there are companies out there trying this sort of narrative expreience, hopefully thier next game will have something more.