On almost the other end of the spectrum when compared to Scott’s ale for today, we have Bohemian Rhapsody. 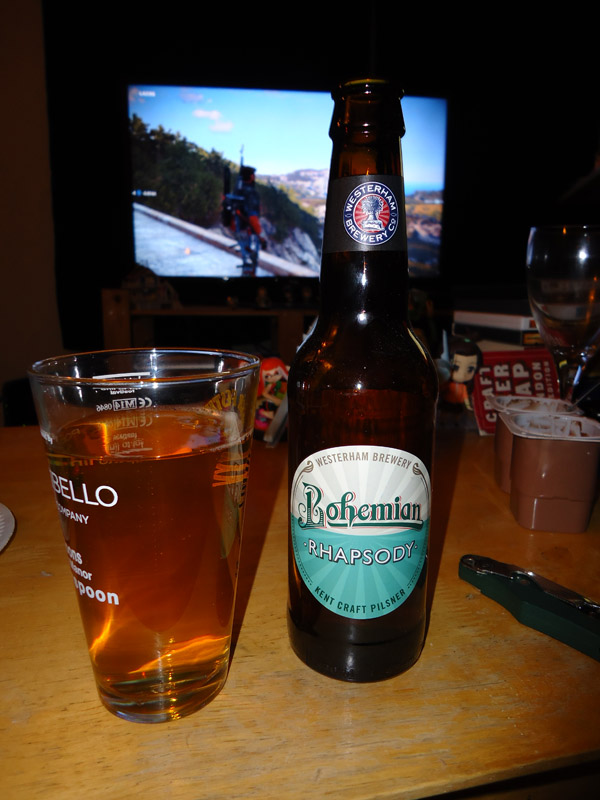 While it doesn’t have a lot in its flavour, boy does this go down smooth!  Its just seemed to vanish out of my glass without warning.  At one point I was geniuenly convinced i’d only poured out half the bottle and I still had more but no such luck.

The notes on the back say that their an interpretation of the Czech pilsner.  Well, I might just have to (sorry, just noticed the awful pun there) investiagte more of these pilsners.

There are two reasons this just vanishes from your glass.  As mentioned earlier, there is not a great deal to the taste, but its very light and refreshing, so in this case I think its a benefit.  The other reason is a lack of the following.

Not a lack of cat, that’s Tansan from A Channel.  Translated the name means carbonation.  Something this beer is lacking in and its the other factor as to why this beer is so damn smooth.

Naturally I had picked this beer for its name only but i’m glad I did.