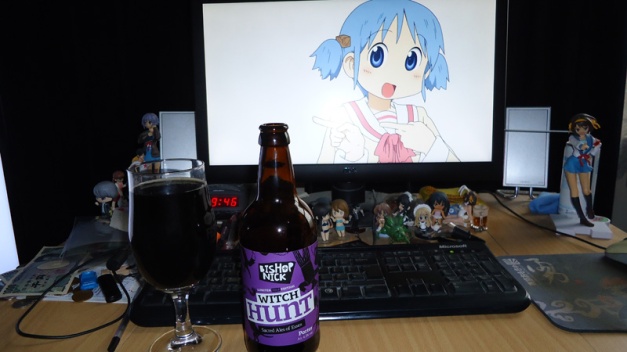 Nothing like beer at 9:45am.  Well as I’m currently on night shifts its actually 9:45pm for me.  Enough of my odd hours, today we have Witch Hunt from Bishop Nick.  A porter at a respectable 4.2%.  Its a fairly standard porter, which is no bad thing.  I’m my ranking, a standard porter is still higher than a lot of other beers.  Nothing distinct in the smell but my nose is half blocked up from the start of a cold so I could be missing elements.  Light on the carbonation too.  The taste doesn’t really sink in until the aftertaste and even then its a little bit muted.  Its the usual chocolate and coffee that I picked up on.  So while nothing stands out, its a solid drink that I would happily have more of.