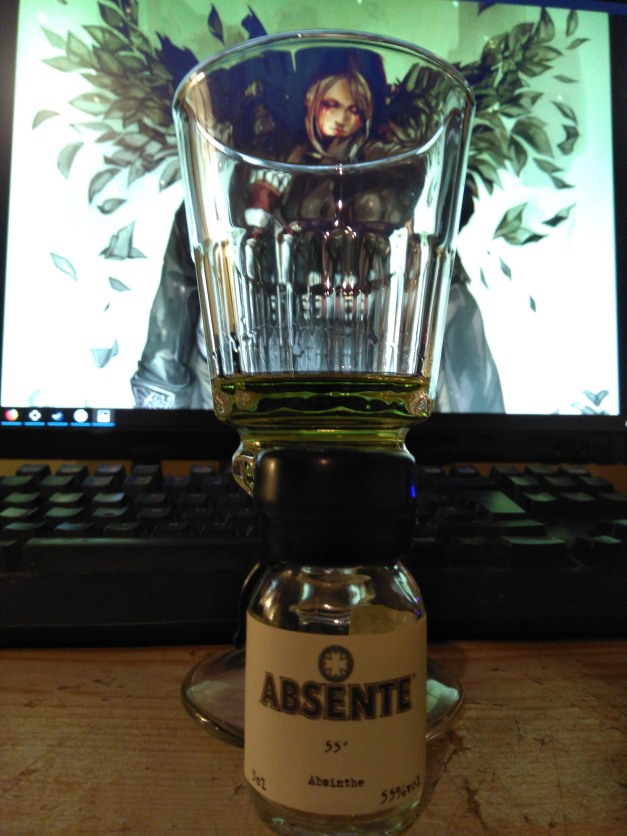 A suprise or maybe better wording just what I fancied tonight. A peridot appearance, leaning towards not being natural, with hardly any details from Provence distillery, named Absente 55 standing at 55%. Right before I added the water it had a real strong aroma of anise. Once louche was formed, good oil swirls but became a thin cloudiness, anise remained to be the only aroma. A hit and warmth of the alcohol is there thankfully, otherwise it is basically a very sweet anise water.

After some digging. It is known as a fake absinthe or not absinthe at all. Doesn’t use one of the main ingredients, Artemisia absinthium, which kinda makes an absinthe an actual absinthe. Interesting.