Given the gold award on the neck of the bottle, I was expecting more from 13 Guns by Thwaites Brewery.  It is a American IPA at 5.5%.

Much like yesterday’s entry, there isn’t much to this one.  No smell to it.  The “hit of hops” listed on the label is there at the start but it has faded over the tasting.  By no means the worst beer I’ve had but it doesn’t stand out.

Up this evening is Intergalactic from Belhaven.  A lager full of hops at 5%.  Not much to this one.  No real smell.  Not much in the taste either, though it’s quite clean to drink.  There really isn’t much else to say.  What a surprise, a lager with not much going on.

Here we have Golden moon from USA, named Redux standing at 65%. Was a bit odd finishing the louche and then smelling cardboard. Smell it some more and you get anise and liquorice. It tastes quite sweet, nice amount of anise and a singluar bitter herb. While the aftertaste is a bitter water that thankfully does not hang around for long. Can still get a whiff of card. Texture is quite thin and unclingy. Not one I would ever have again. It is just missing the mark of a pleasant drink. 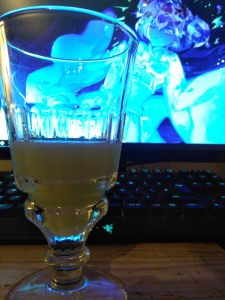 A strange feeling of trust came from this one, I saw how clear it was and knew it would be ace. Here we have La Fee, a recurring one, Blanche, France, standing at 53%. A real punchy warming number that just makes you happy. There is a proper smack of anise in aroma and taste. A real good thick louche, chalky white appearance. Wormwood makes a gentle but reassuring appearance. The alcoholic warming sensation is super pleasant and so suprising at 53%. 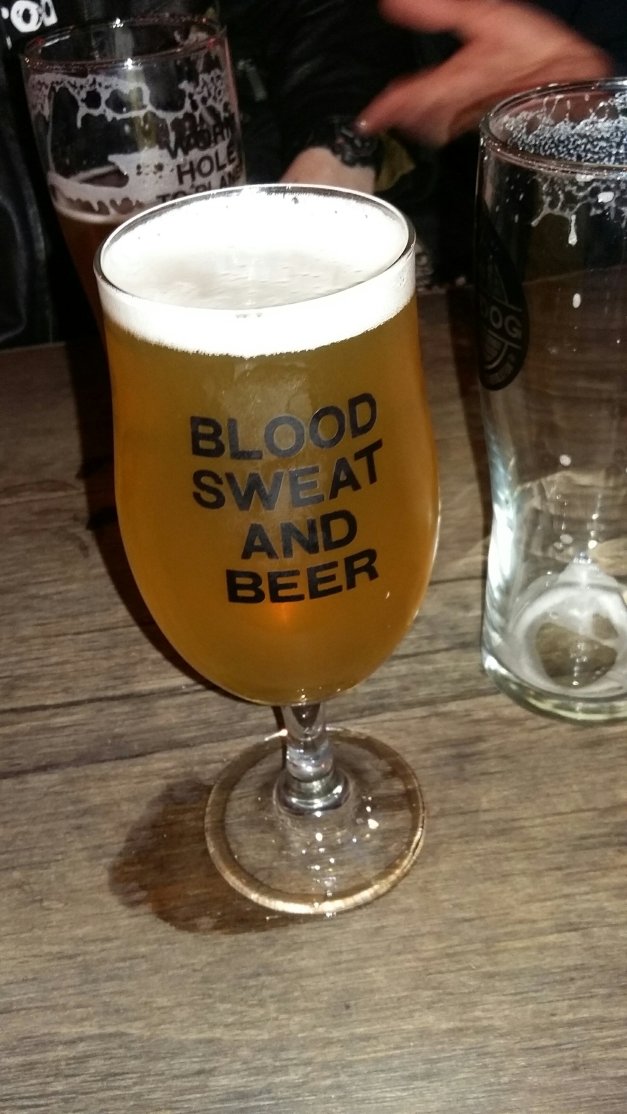 “It’s like drinking beer with a mouth full of Opal Fruits”.  That’s Spike’s verdict of Apocalyptic Thunder Juice, an IPA at 6.5%

The smell is quite hoppy and I was surprised with the fruitiness in the taste.  Apologies for the shortness of this one but Brewdog has many beers to try.

Apologies up front, this is going to be a bit of a rough one.  Tonight’s beer is Ninkasi from the Wild Beer Co.  Up front it states “Bubbles, Apples and Wild Yeast”, but what it doesn’t advertise is the 9%.  Also, this bottle is even bigger that yesterdays.

I’m calling this a rough one as my flat mate was kind enough to give me one of his free employee cinema tickets and we went and watched The Last Jedi.  We then went to the pub to discuss the film and had several pints.  Which means this large volume of 9% is going down rather fast.  I’ll probably be found asleep in the kitchen with a burnt to a crisp pizza later.

As for the beer, it really minds me of Belgian beers, particularly Leffe, in both taste and smell.  The previous mixture of ale and stout (not in the same glass, I’m not a monster) isn’t helping in picking out specific smells and tastes for this one. 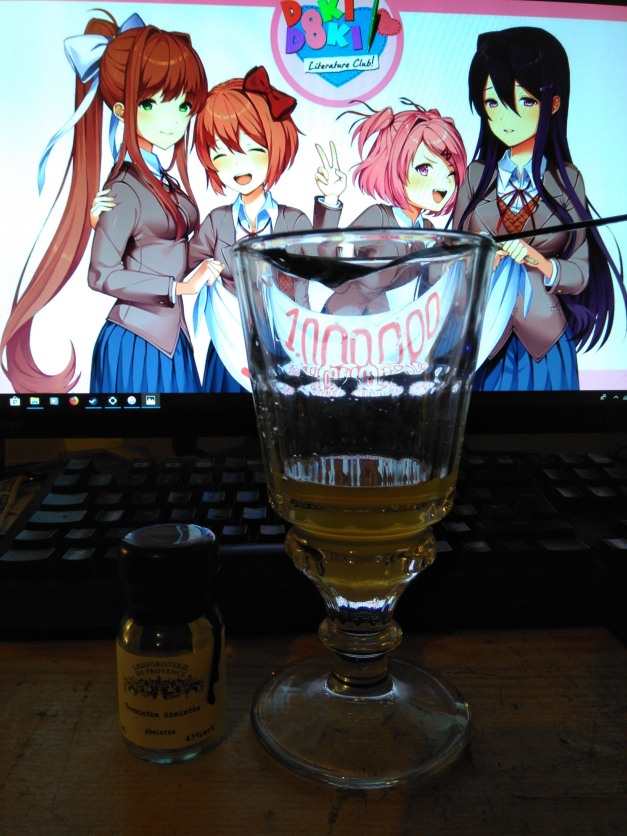 Doki doki literature club made it too a million downloads. Congrats!

Onto the topic of the night. Here we have Versinthe, from Liquoristerie de provence, who has turned up previously, standing at 45%. Tell you what, it hits more like a 60% and it should be renamed Clingy liquorice. Sure some people will love this one, but it just doesn’t float my boat. Its just bitter enough to keep your attention, wormwood is gentle, lower alcohol percentage helps taste other flavours more. Though the first thing that I noticed was peppermint. And I really dont want to say Corriander but its in there for sure. A few other herbs are present in aroma and taste but I cannot name them. Louched so fast, and was ultra clingy at the start but thinned out a bit later thankfully. If you like a garden in your drink. this is a must for you.

Bunch of Puppycat stuff came in the mail. Then remembered kick starter from a couple fo years ago, oh boy. Anyways, here we have Grande absente, France, standing at 69%. This may sound odd to describe but this is does some things right and some things wrong, constantly bringing itself back to just being okay. Deserves a slow clap maybe.

Texture is quite thin but clings a bit in a pleasant way. Just louched enough after quite a bit of water was added. Aroma stings a little, in a strong alcohol way. Yet does not arise during tasting. Also not too sweet, a little warming but not many other flavours make an appearance. Not one I would have again yet have no issues with it overall.

Now that’s a decent sized bottle of beer!  Today we have Slot Machine from Brew Dog.  A red rye IPA at 5.2%.

Now this might sound odd but the smell is definitely a Brew Dog beer.  Not sure if it’s just me but I have found there is a distinct smell to all their beers.  The taste is hoppy and sour.  I will be interested to see if the “rye spiciness” mentioned on the label surfaces as I get further down the bottle.

Purely in my opinion of course. Mythe Absinthe, France, standing at 69% was olive oil coloured to start with. Even after the first whiff upon opening the bottle, to the first try, to adding more water than any previous incarnation so far. Any and ALL flavours are overpowered beyond comprehension by this bitterness, that constantly grows when the glass leaves your lips, vile aftertaste doesn’t do it justice. No real, really thin, louche.

I’ve got it. You know when you spray an air freshener and you breath some in? Like it gets on your tongue. That kind of medicinal bitterness, mixed with lemon white zest (the bit you dont use) is what this drink is.