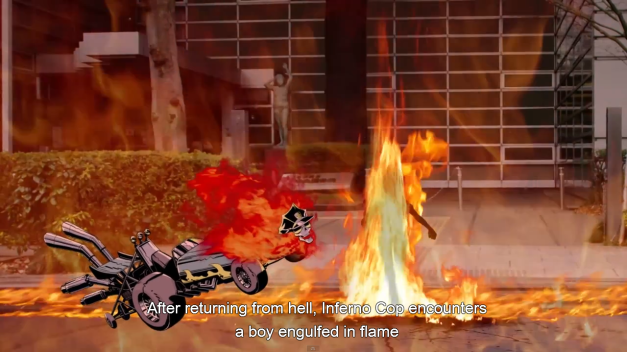 Here we go again (Christ theres a lot of series this season, my brain hurts, have I missed any?)

Already managed to see episode one of Red data girl,  not anything special but wouldnt mind checking out another ep. Aku no hana, was curious about this, then read the amount of flaming the style is getting, watched it anyways, enjoyed and want to see more. People are bitching how it doesnt look like the original and it’s using rotoscoping. (While for episode two people are getting into the style XD) Aiura, short, cute, realaxing and want more. And of course Ore no Imouto ga Konna ni Kawaii Wake ga Nai, didnt watch the first season til way later, just found myself wanting a guilty pleasure I guess, glad to see more. Photo kano, actually seems character driven between the subtle service.

Series that …just no. Will be highly unlikely that I watch are Hyakka Ryouran Samurai Bride, became less and less into this during the first season. Kara, Uta no Prince-sama: Maji Love 2000%, Karneval, Danchi Tomoo, Pretty Rhythm: Rainbow Live, Zettai Bouei Leviathan, Yondemasu yo, Azazel-san. Z (this was just so wrong on many occassions and I only saw parts of the first season), Uchuu Senkan Yamato 2199, Ketsuekigata-kun!, Haiyore! Nyaruko-san W (didnt see anything of the previous and dont plan to), Hayate no Gotoku! Cuties, Arata Kangatari, Devil survivor 2 the animation (I know nothing! XD). Danchi Tomoo, Pretty Rhythm: Rainbow Live, Zettai Bouei Leviathan, Namiuchigiwa no Muromi-san, Uchuu Senkan Yamato 2199, Ketsuekigata-kun!

Shows I cant wait to check out will be Sparrow`s Hotel, I’m liking the short shows trend at the moment, plus Inferno cop was mentioned and I’m a bit of a fanboy of it so yeah go figure (1st ep made me raise an eyebrow). Hentai Ouji to Warawanai Neko, (okay its cute and the plot is a pile of arse but it was enjoyable after the first ep). Higurashi no Naku Koro ni Kaku Outbreak, Hataraku Maou-sama! (a couple of names like mirai nikki, steins gate and shuffle being mentioned got my attention). Yahari Ore no Seishun Rabukome wa Machigatteiru (like the guy from Hyouka with even more cynicism). Shingeki no Kyojin, (Production I.G and wtf giant person with half a face). Yuyushiki (another short show thats slice of life) 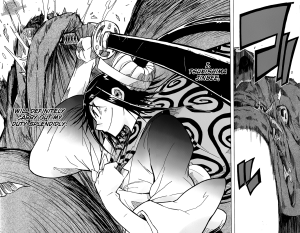 Biggest surprise goes to Mushibugyou. (Pictured). Knew I recognised it for some reason, I’ve read a load of it randomly ages ago. Thought it was cool so cant wait to check this out (1st ep was quite different from the manga’s start, not as good, oh dear). Oh and Katanagatari is being re-aired with new op and ed, makes me glad as really enjoy what I did see but it got lost between other stuff I was watching at the time.

Not to mention more OVA’s of Seitokai Yakuindomo,  Chuunibyou demo Koi ga Shitai, Senyuu and Mangirl, oh and next Evangelion film anyone?